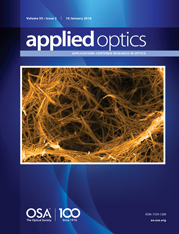 A method for characterizing the phase response of spatial light modulators (SLMs) by using a Sagnac interferometer is proposed and demonstrated. The method represents an improvement over conventional diffraction-based or interferometric techniques by providing a simple and accurate phase measurement while taking advantage of the inherent phase stability of a Sagnac interferometer. As a demonstration, the phase response of a commercial liquid crystal on a silicon SLM is characterized and then linearized by using a programmable lookup table. The transverse phase profile over the SLM surface is also measured.